Chef Marvin Woods is an Emmy Award-nominated television host, chef and author of cookbooks The New Low Country (Harper Collins/William Morrow) and Home Plate Cooking (Thomas Nelson/Hill) and coming soon in 2022 a self-published, multifaceted cookbook, All Good. Woods is loved by fans and peers alike for his infectious personality and wildly inventive approach to healthy cooking and traditional recipes. His passion for food stems from influences from South and Central America, the Caribbean, the southern United States, and parts of Africa. All of these roots lead him to coin the phrase ‘Coastal Soul’ cuisine. His healthy approach to simple, affordable cooking has been regularly featured on television and in publications including Good Morning America, Food and Wine, and O Magazine. 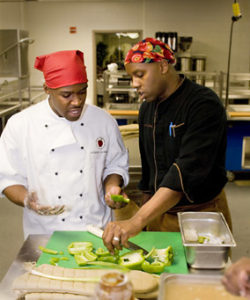 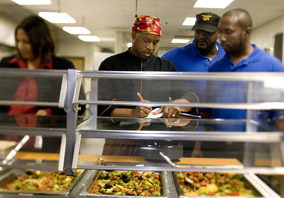 Chef Woods was chosen as the first chef to launch and lead the charge for Michelle Obama’s Let’s Move! cooking series to help busy families create nutritious and affordable meals. Since the early 2000’s Chef Woods has been traveling internationally, cooking and teaching health-conscious food and lifestyle. He has been a guest featured several times at The James Beard House in New York City, Pillsbury Bake Off in Miami, FL, and as a guest judge in Birmingham, AL, for the nationwide Southern Living Cookoff. 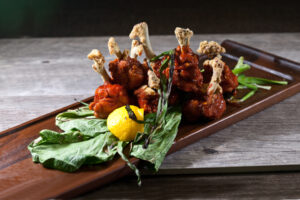 In 2004 Woods started his own business – MAD Flavor –  consulting with other businesses on anything food and hospitality. He consults on restaurant projects (all phases) – corporate to independent. He’s cooked as a personal chef to Oprah, Martin Lawrence, Jamie Foxx, Alonzo Mourning and Family, PDiddy aka Sean Combs, Mary J. Blige, and many other celebrities, dignitaries, and politicians including President Barack Obama.

In addition, one of his more recent culinary ventures have been in the deep blue oceans and seas around the world as a Yacht Chef. This has allowed Marvin to cook and please guests from around the world while also traveling and gaining more inspiration for his craft. 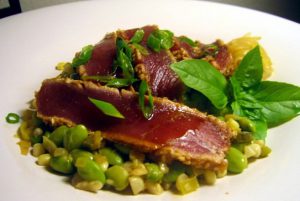 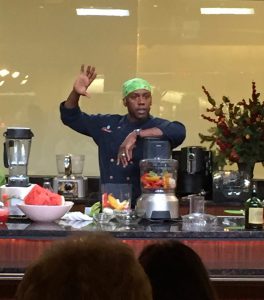 Chef Marvin is currently working on several new books, one being an all around cookbook. He’s also developing a health-conscious line of spices and sauces, and he continues to travel and speak Droppin Knowledge. Stay tuned because there’s always something new that Chef Marvin Woods is cooking up!